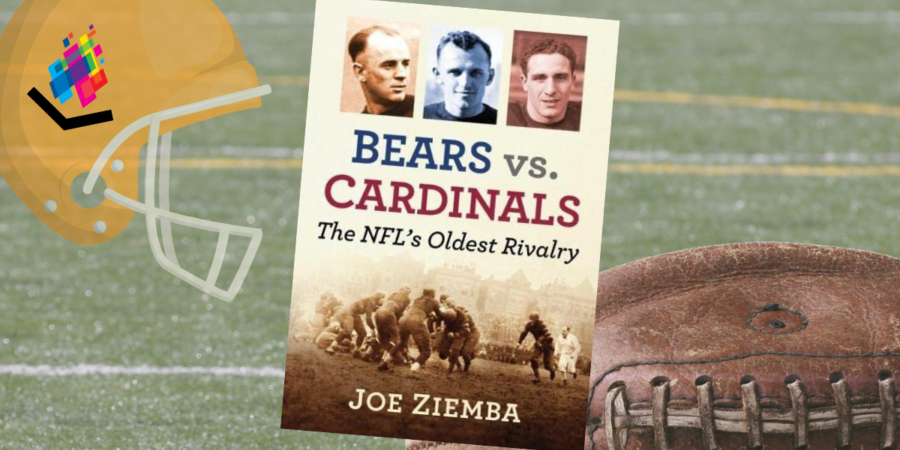 When the Monsters of the Midway Ruled the NFL

With the recent struggles of the Chicago Bears and no Super Bowl championships since the 1985 season, fans may not remember that the Bears started in Decatur and were once the dominant team in the National Football League. From 1921 through 1946, the Bears won seven NFL titles. Author Joe Ziemba will discuss those glory years of the Bears, including newly released early team records from the Pro Football Hall of Fame stretching back to when the team was known as the Decatur Staleys. From on-field riots, to surprisingly low player salaries, to a bitter rivalry with the Chicago Cardinals, the Bears still managed to survive those challenges and become one of the most valuable franchises in today’s National Football League and it all started in Decatur! Rare photos, early travel plans, and private correspondence from co-owners George Halas and Dutch Sternaman will be highlighted. Following the program, Joe will sign copies of his new book “Bears vs. Cardinals: The NFL’s Oldest Rivalry.”

A life-long resident of the south side of Chicago, Joe first became interested in the history of pro football after discovering that his father was a draft choice of the Chicago (now Arizona) Cardinals in the 1940s. Because of his knowledge of the early days of the professional game, Joe has been a resource for articles or reports in Sports Illustrated, the New York Times, the Chicago Sun-Times, the Chicago Tribune, the Daily Southtown, the Arizona Republic, NBC Sunday Night Football, CBS Sunday Football, ESPN, and many others. Joe has appeared on the WGN documentary “Football in Chicago,” a Comcast Sports special on the Chicago Bears, on radio stations such as WBBM and WSCR in Chicago, as well as the Global Sports Broadcasting Network.

He hosts the “When Football Was Football” podcast on the Sports History Network (which was one of eight global finalists in 2022 for the sports team podcast of the year) and is a frequent guest on numerous pro football podcasts. Joe was recently a speaker at the Pro Football Hall of Fame in Canton, OH on the origins of the National Football League (NFL) as the NFL celebrated its belated 100th Anniversary. And in 2022, Joe was the recipient of the prestigious Ralph Hay Award presented by the Professional Football Researchers Association for “lifetime achievement in pro football research and historiography.”