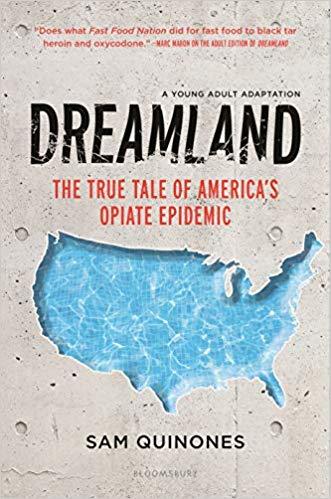 As an adult book, Sam Quinones's Dreamland took the world by storm, winning the NBCC Award for General Nonfiction and hitting at least a dozen Best Book of the Year lists. Now, adapted for the first time for a young adult audience, this compelling reporting explains the roots of the current opiate crisis.

In 1929, in the blue-collar city of Portsmouth, Ohio, a company built a swimming pool the size of a football field; named Dreamland, it became the vital center of the community. Now, addiction has devastated Portsmouth, as it has hundreds of small rural towns and suburbs across America. How that happened is the riveting story of Dreamland. Quinones explains how the rise of the prescription drug OxyContin, a miraculous and extremely addictive painkiller pushed by pharmaceutical companies, paralleled the massive influx of black tar heroin--cheap, potent, and originating from one small county on Mexico's west coast, independent of any drug cartel.