The classic George Orwell story set in a world where absolute conformity in action, word and thought including loyalty to Big Brother is demanded. In 1984, the world is divided into three vast states, whose inhabitants are dominated by all powerful governments. Winston, a worker, starts an illegal love affair with Julia, and becomes the target of a brain-washing campaign to force him to conform.

Sister Aloysius, the rigid and feared principal of the Saint Nicholas Church School, has an intense dislike for the progressive and popular parish priest Father Flynn. She believes she's uncovered the ultimate sin when she hears he has taken a special interest in a troubled boy. But without proof, the only thing certain is doubt.

Homer Wells has lived nearly his entire life within the walls of St. Cloud's Orphanage in rural Maine. Though groomed by its proprietor, Dr. Larch, to be his successor, Homer feels the need to strike out on his own and experience the world outside. While working at an apple orchard, Homer falls for the beautiful Candy and learns some powerfully indelible lessons about life, love, and home.

The Grifters are hard-playing, high-rolling con-artists out to make a fast buck the best way they know how - playing a taut game where winner takes all, and everybody has something to lose...including their lives.

Three women in different times, related by a parallel in their personal lives. One throwing a party for a friend suffering from AIDS. Another in 1949, suffering as a young wife. The last, Virginia Woolf, writing "Mrs. Dalloway". 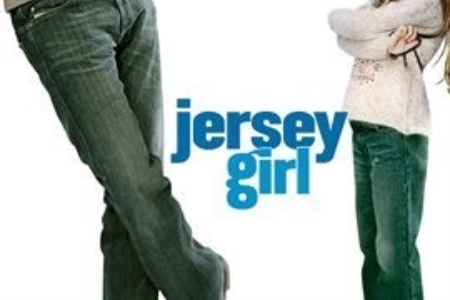 Ollie is a successful big-city publicist with the life he's always wanted, until things take an unexpected turn and he finds himself an unemployed single father back in the suburbs. Just when he thinks his life has hit rock bottom, a sexy, no-nonsense video store clerk enters his life and shows him that sometimes you have to forget who you thought you were to realize what really makes you happy.

The Kindness of Strangers

In NYC, six strangers' lives intersect while struggling to find help, hope and love. They soon discover that liberation lies in each other's hands.

Nicolas Cage garnered a Best Actor Oscar for his hauntingly disturbing portrayal of a suicidal alcoholic who falls for a compassionate Las Vegas prostitute (Elisabeth Shue).

This Academy Award-winning Best Picture features Dustin Hoffman and Jon Voight in standout roles as a con man and a Texas hustler trying to survive on the tough streets of New York.

Charlize Theron abandons her glamorous image for this stark drama, in which she plays a mentally unstable prostitute who becomes a serial killer.

Robert De Niro won a Best Actor Oscar in this acclaimed masterpiece as Jake LaMotta, the controversial 1940s prizefighter whose brutality transcended beyond the ring.

Liam Neeson and Jessica Lange battle evil landowners among the breathtaking landscapes of the majestic Scottish Highlands in this riveting adventure of courage, love and uncompromising honor.