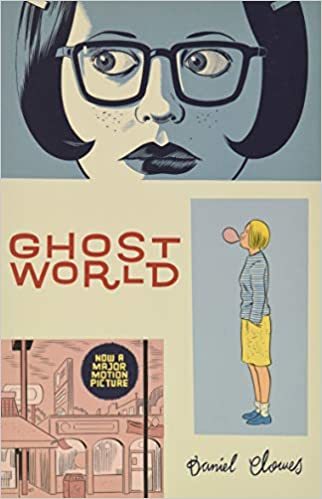 Ghost World has become a cultural and generational touchstone, and continues to enthrall and inspire readers over a decade after its original release as a graphic novel. Originally serialized in the pages of the seminal comic book Eightball throughout the mid-1990s, this quasi-autobiographical story (the name of one of the protagonists is famously an anagram of the author's name) follows the adventures of two teenage girls, Enid and Becky, two best friends facing the prospect of growing up, and more importantly, apart. Daniel Clowes is one of the most respected cartoonists of his generation, and Ghost World is his magnum opus. Adapted into a major motion picture directed by Terry Zwigoff (director of the acclaimed documentary Crumb), which was nominated for an Academy Award for Best Adapted Screenplay. This graphic novel is a must for any self-respecting comics fan's library. Two-color comics throughout